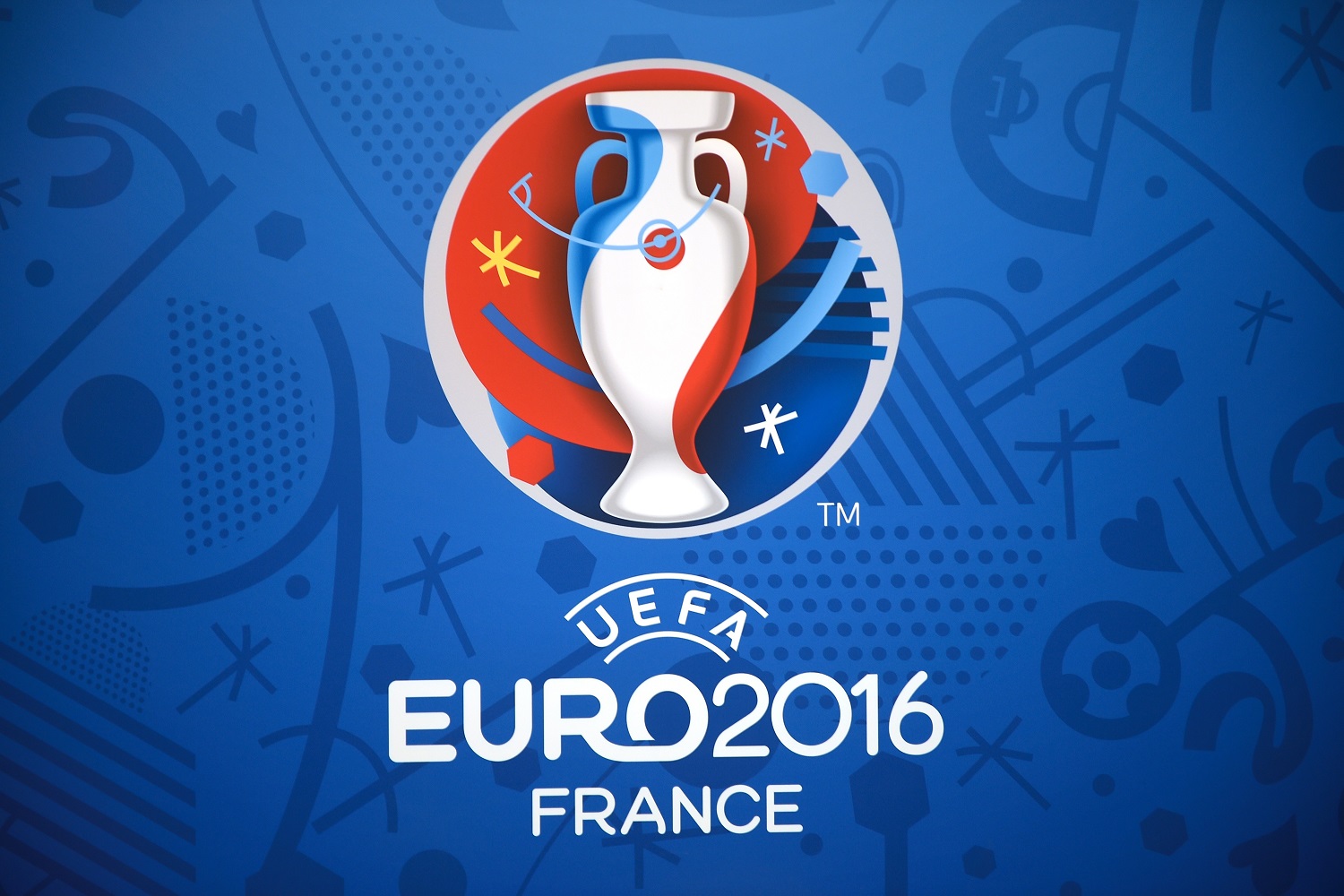 The logo for the UEFA Euro 2016 championships is seen at the Palais des Congres in Paris on December 12, 2015, ahead of the draw for the Euro 2016 finals. Paris hosts the draw for the Euro 2016 finals on December 12 evening, with less than six months now to go before the start of the first 24-team tournament in the competition’s history. The coaches of the competing nations will be in attendance in the French capital to find out who their sides will come up against in the group stage of the European Championship, which kicks off on June 10, and what their route to the final might be. AFP PHOTO / LIONEL BONAVENTURE / AFP / LIONEL BONAVENTURE (Photo credit should read LIONEL BONAVENTURE/AFP/Getty Images)